Prior to ActiveControl 7.00, it has always only been possible to sign off testing in Test Queues at a Business Task level. The guiding principle behind this has always been that testing is being signed off on an entire change, and so all Transport Forms relating to the Business Task should be moved at the one time.

There are however scenarios where customers may want to move individual transports forward from Test Queues, (for example when unit testing of one transport is complete, and the Developer wants to move it into subsequent test system for further testing in advance of the other transports relating to the same change being developed/unit tested).

ActiveControl 7.00 introduces a ‘Partial Testing’ capability in Test Queues to facilitate this requirement.

This can be performed in both the Windows GUI and in the Web UI.

To enable transport level testing signoff, tick the ‘Allow test result entry for my transports on this target’ checkbox on the target. 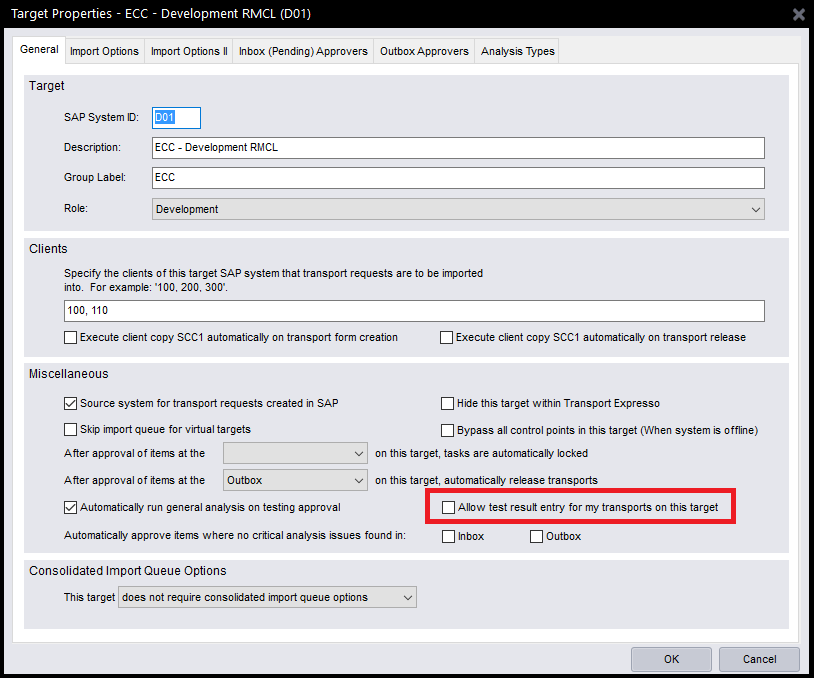 (i) If the new configuration option is left unchecked, then Test Queue signoffs will operate as they have in the past. Ie only users assigned to the Business Task will beable to do a “Save and Approve” in the Test Queue.
(ii) Partial testing can only be done on transports that you own.
(iii) Partial testing can be done across Business Tasks, ie by selecting transport forms on different business tasks.