Prior to ActiveControl 7.1, only one Reason code existed within Approval & Import Prevention parameter of the 0005 DevMax: Conflict Analysis and 0035 Conflict Analysis checks, which essentially meant that it was possible only to prevent all merges where there were conflicts on both released and unreleased transports, or alternatively allow the Approvers to do an Approve Anyway in all situations.

To facilitate this, three additions were made to the existing conflict analysers. 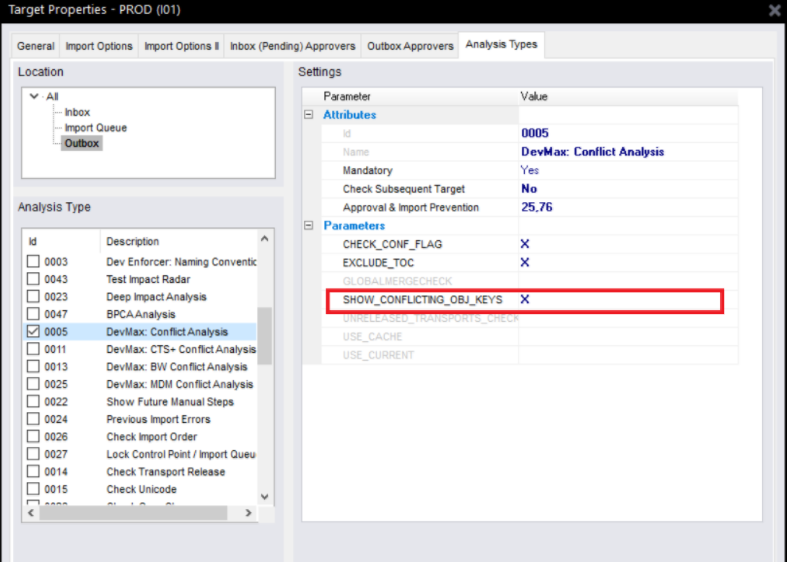 2) A new column was added to the Report output – to indicate if the conflicting transport was released or unreleased.

This new column is switched on by adding the UNRELEASED_TRANSPORT_CHECK parameter. When set to X, this additional column will be seen in the report output.

This reason code is specifically to prevent/allow Approve Anyway on unreleased transports.   Note that this parameter is completely redundant if the UNRELEASED_TRANSPORT_CHECK parameter is not set to X 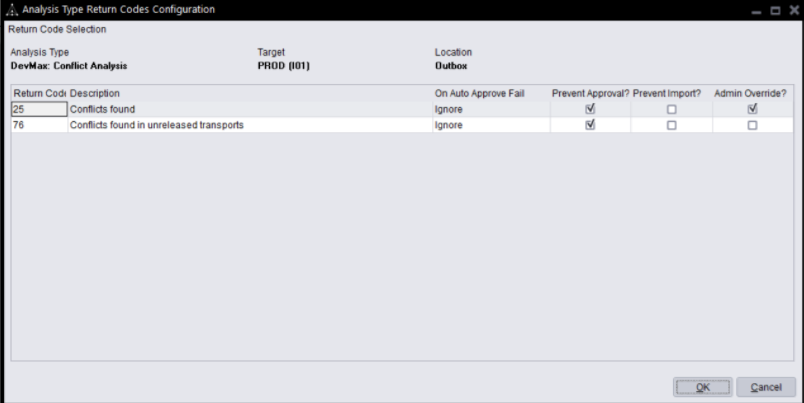