Non-Transportable Changes that do not relates to specific transports and non-SAP changes can both be managed within Transport Expresso.

Doing this ensures visibility and auditability of such change, and also means they can also adhere to an approvals workflow in the same manner as SAP Change being delivered through Transport Expresso. These types of changes will still use the concept of transports and paths and so will follow the existing process and logic in Transport Expresso. They can either be sent down an existing SAP path or a new path created specifically for each non-SAP system.

Within ActiveControl, non-Transportable Changes are called Manual Activities. These are logged within the TE Windows GUI via the Create Transport Form button. 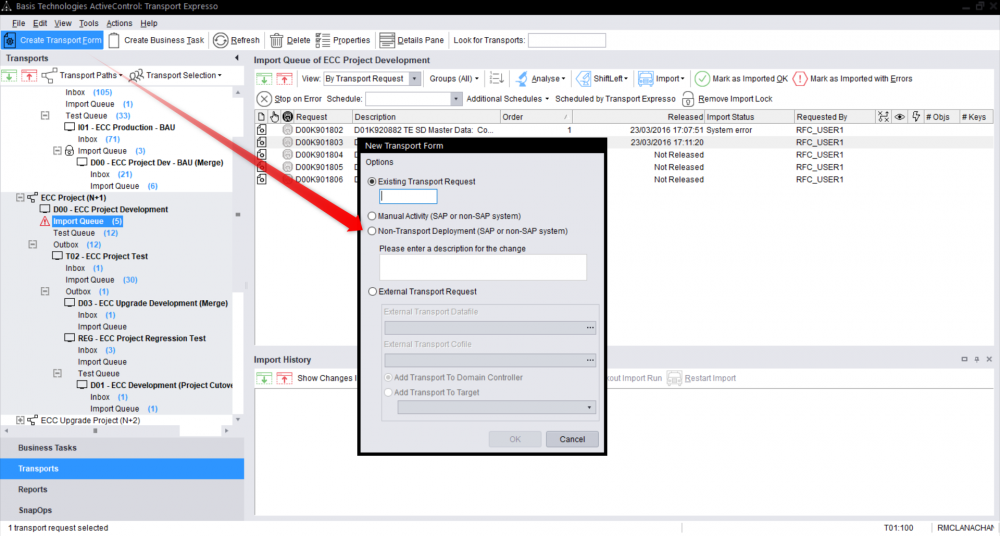