This defect has been raised because Testimony detected a different output in the RFC. 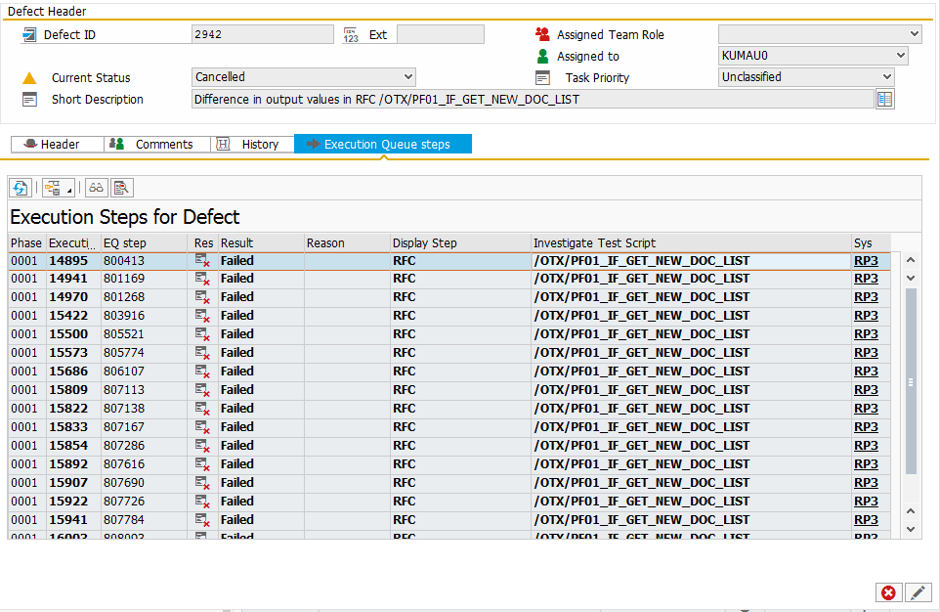 Looking at the investigate screen, we can see that Testimony has highlighted differences in the PT_JOB_LIST and PT_JOB_METADATA elements of the output.

Here we can see that in the recording the RFC had two entries in PT_JOB_LIST, whereas in the playback there were 6.

Looking at what’s contained within these rows, we can see that each row relates to a particular document (specified by the DOCID field). This defect, therefore, has been raised because, either due to sequencing issues or a previously failed transaction, there was a difference in the number of available orders that could be processed by this RFC.