All merges into each system will be appended to an open merge request until it is released. This means that a single merge transport can have many source transports attached to it. 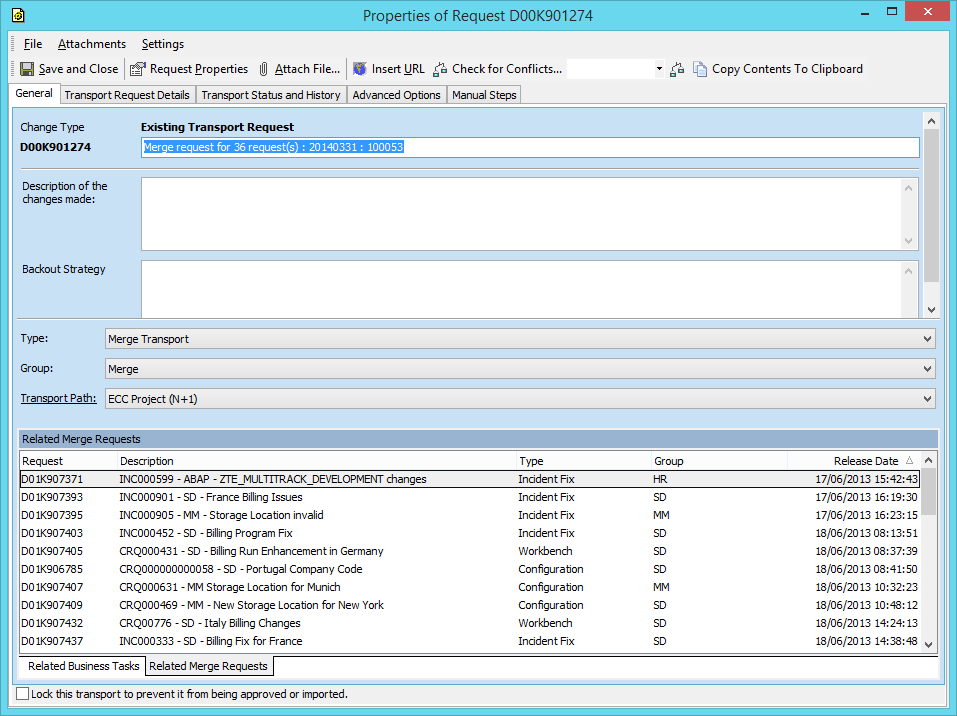